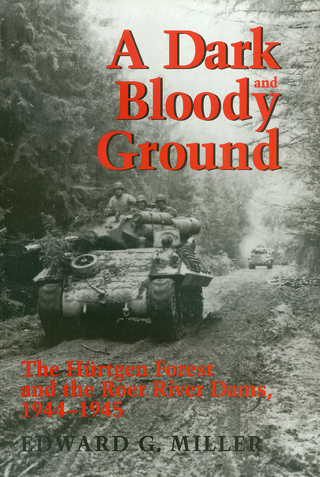 Ed is an award-winning Department of the Army-designated military historian focusing on organizational transformation and small unit leadership. He advised the producers of the PBS series "History Detectives," and the documentary "Salinger."  The Fox News Channel series "War Stories with Oliver North" featured him on its episode "Hell in the Hürtgen Forest," and the Center for Army Leadership used excerpts from his book, A Dark and Bloody Ground for instructional purposes.

During his Army career, Ed was a logistics/supply chain management officer with service in Germany and in high-level staff jobs at the Pentagon, where his work included membership on a hand-picked team of strategists reporting directly to the Deputy Chief of Staff for Operations and Plans.  He developed supply chain solutions for classified special operations units and managed oversight of business programs for the Defense Commissary Agency and the Army and Air Force Exchange Service.

Sought after by senior executives for his expertise as a historian, he concurrently advised a Presidentially-appointed commission investigating a Korean War incident, the Presidential Commission on Holocaust Assets in the U.S., and a review of retroactive awards of the Medal of Honor to WWII African-American and Asian-American soldiers.

After his Army career, Ed directed the design and implementation of PC supply chain solutions for a Fortune 50 media company.  He is now employed by a top-tier strategy and technology consulting firm where he is managing business capture and strategy development for a portfolio including immersive and virtual technology (AR and VR) deployment.

Miller holds undergraduate and graduate degrees from Western Kentucky University. He is a resident graduate of the U.S. Army Command and General Staff College and his other military education includes graduate-level seminars at the U.S. Naval War College and the U.S. Air Force Special Operations School.  He is a Certified Knowledge Manager (CKM).

Nothing Less Than Full Victory uses small-unit case studies (such as D-Day, Metz, the Battle of the Bulge, Hürtgen Forest and Remagen) to describe how the U.S. Army transformed itself from an ill-prepared constabulary to a global force in just 4 years.

Action in the Admiralties
Bad intelligence and haste led to landing fewer than 800 GIs on a beach held by several thousand Japanese soldiers in early 1944.
"Later on Leyte"
American assault troops race against Japanese reinforcements to secure the first foothold in the Philippines in late 1944. See the April 2016 issue of America in World War II.
"Singling"
GIs face off against German tanks in eastern France in December 1944. Appears in the September 2011 issue of Armchair General Magazine.
"All the Wrong Reasons"
The chain of decisionmaking that led to the Army's most disastrous WWII campaign appeared in the Summer 2010 issue of World War II Quarterly.